The USD/CAD pair rose at the beginning of todays trading session. The pair continued to maintain its gains for the fourth consecutive session.

Some may refer the main reason for the rise of the US dollar to the recent macroeconomic data, which showed the great inflationary pressures facing the US economy, which increased expectations that the Federal Reserve will accelerate the pace in raising interest rates at a faster pace in the upcoming meetings to hold down inflation.

Commenting on the latest economic data, former US Treasury Secretary Lawrence Summers said that the Federal Reserve had failed to correct its mistakes on inflation, which damaged its credibility, after the recent inflation data ended hopes for a peak. Summers warned of the Federal Reserve’s delay in raising the interest rate to control inflation, noting that discussions should be about raising interest rates between 50 to 75 basis points in the coming period. Besides that, US President Joe Biden said, “We will live with this inflation for a while, it will gradually decrease, but we will live with it for a while.”

Besides the statements, the numbers confirm that US inflation has not reached its peak yet, and that the Federal Reserve, which has committed to raise interest rates at each of its next two meetings, starting next week, will have to maintain this hawkish attitude during its September meeting.

On the 4-hour chart, the instrument is trading on the upper side of the Bollinger Bands. As the price range expands, indicating that the instrument is in an uptrend. The momentum chart is above the 100 level, which gives sell signals. The Envelopes indicator gives clear buy signals. 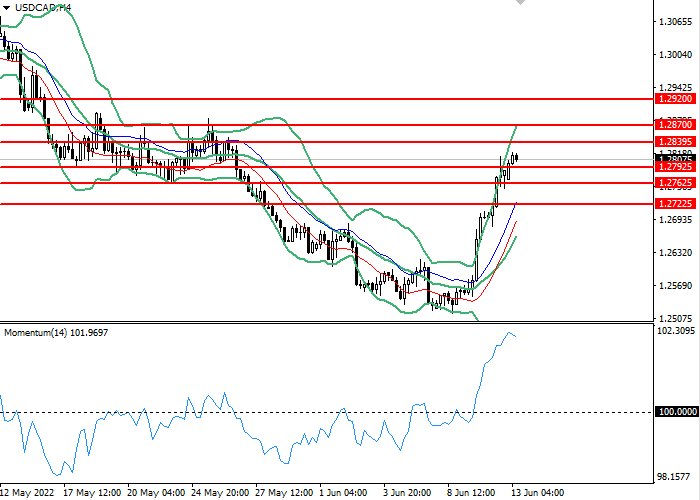